1 Some history regarding the creation of IPCC

In this article, we wish to provide an overview of the different types of reports produced by the Intergovernmental Panel on Climate Change (IPCC). We will begin with a brief background on the origins of the IPCC which will be followed by a summary of the Panel's main missions. Finally, we will provide an overview of the production process of the IPCC Reports and their accessibility.

Some history regarding the creation of the IPCC

In 1979, the American scientist Jule Charney published a 22-page report to the U.S. National Academy of Science on global warming, resulting from anthropogenic greenhouse gas emissions and related risks. [1] This powerful document led to a move towards a global awareness of civil society and policy makers on this issue. In 1987, the teams of Jean Jouzel and Claude Lorius published the analyses of ice cores that were drilled at the Vostok station in Antarctica. [2] The pioneering  work of Charney, Jouzel, Lorius and other scientists led the American President, Ronald Reagan, and the British Prime Minister, Margaret Thatcher, to decide during the 1988 G7 that a United Nation body for mapping the state of knowledge regarding the science of climate change should be created. As a result of this science-based policy decision, the Intergovernmental Panel on Climate Change (IPCC) was put in place in 1988 within the United Nations Environment Program and the World Meteorological Organization.

The IPCC's main mission: an interdisciplinary mapping of the latest scientific knowledge on climate change

The IPCC's missions are to provide regular updates on the state of the art of climate change science, as well as on the related risks, and suggest adaptation and mitigation solutions. The IPCC is an international structure composed of 195 member states. The different IPCC reports deliver a detailed bibliographical synthesis of the existing scientific knowledge including both peer-reviewed articles on the one hand, and papers coming from the “grey literature” on the other hand. They are primarily intended for country leaders as a non-prescriptive support for public policy decision-making and as a support for the implementation of national laws on climate change.The IPCC conducts no research on its own and only provides synthesis work on global scientific production.
One key feature of the IPCC is its interdisciplinary DNA, both in terms of members and regarding the topics involved in the assessment, from the physics of climate change, to economics, sociology, public policy, national and international law, etc. More specifically, the IPCC's missions are subdivided into three working groups and one working group on GHG emissions. The scientists involved in the IPCC reports redaction involve around ten permanent staff members of the IPCC’s Secretariat. Those permanent members are related to the following three Working Groups:
Finally, the Task Force on National Greenhouse Gas Inventories works on methods and processes for measuring greenhouse gases emissions and Carbon sinks.
The IPCC reports result from the different contributions from those three Working Groups plus the Task Force and represent a major source of information for the international negotiations related to climate change that take place every year at the occasion of the annual Conference of the Parties.
3

The IPCC reports are included in “assessment cycles” which are referred to with a number and each assessment period lasts five years. It is also important to note that all types of IPCC reports listed below are available for free to the general public directly on the IPCC Web site. [3]
3.1. The Assessment Reports
Within one assessment cycle, the IPCC Assessment Reports are produced following different steps including first and second order drafts, reviewed by hundreds of independent international expert scientists, on a voluntary basis. Expert reviewers are selected after a IPCC application process based on their international background, experience, and previous publications. The chosen expert reviewers are hired based on the diversity of their background to ensure that as many ideas as possible are considered for a rich perspective on different topics. Each reviewer's comment is taken into account, ensuring that the reports are transparent and reliable. For every IPCC report, an order of magnitude of thousands of articles from both peer-reviewed articles and grey literature are evaluated. This quasi-comprehensive review allows the widest possible range of scientific output to be considered.
In the more recent assessment cycle, for example, the decision to deliver the Sixth Assessment Report - also referred to as AR6 - was taken during a meeting in February 2015 named the IPCC 41st Session, in the city of Genova.
3.2. Special Reports
The IPCC can also issue Special Reports, for instance at the request of a government for more scientific information on a particular matter. In 2019, the IPCC delivered three Special Reports:
The Special Reports provide an interdisciplinary evaluation of those topics and involve more than one Working Group. The Special Reports are less dense in terms of volume and content than the regular IPCC Assessment Reports.
3.3. The Synthesis Reports
The Synthesis Reports concentrate on a number of important policy issues. They include the inputs coming from the Assessment Reports and the inputs from the Special Reports produced during a given 5-year assessment period. The Synthesis Reports contain several chapters and may also include a Technical Summary. The Synthesis Report within the Sixth Assessment Report is due to be delivered in the second trimester of 2022. It will include all contributions from the three working groups expected to be implemented in 2021.
3.4. The Summary for Policymakers (SPM)
Within each assessment period, around fifty scientists are chosen and join the efforts of the Working Groups to deliver a first order draft of another type of IPCC report called the Summary for Policymakers (SPM), mainly intended for government leaders. Such a report involves a separate development process and is based on consensus for the framework.
First, each Working Group synthesizes its inputs coming from the Assessment Report in a first draft of the SPM. This proposed report must then be endorsed line-by-line by government officials through a dedicated discussion process to agree on a final version of the text. Sentences are displayed on a screen visible to all participants, and as part of the rewriting process, paragraphs are added or deleted as required. The new draft is reviewed during a plenary session including both national government delegates and observers. The plenary sessions are placed under the complete supervision of the different Working Group Chairs to make sure that the scientific message is faithfully translated into a framing designated to the policymaking area. This review process aims at clarifying the message of the SPMs while preserving the core of the scientific inputs. As for the policymakers’ representation, each delegation sends about six representatives including their local experts that may belong to the IPCC, as well as other public officials or experts of diplomacy/negotiations.
In case of major disagreement, a small group with the main actors involved is created by a Working Group Chair to expedite the process and negotiate a mutually agreeable framework.
3.5. The Methodology Reports
Another kind of documents produced by the IPCC are the Methodology Reports. Their purpose is to deliver operational advice regarding the elaboration of national greenhouse gas inventories. They contain an “Overview Chapter” with the inputs of the Summary for Policymakers.
All the Reports described above may also contain a section named “Frequently Asked, Questions” as well as a section called “Supplementary Material”.
3.6. An example of  the IPCC report’s impact
The direct impacts of the IPCC's extensive work are not necessarily easy to measure. However, in some cases, their consequences in terms of political decision are clearly identifiable. The most impactful reports regarding public and political awareness on climate change are certainly the summaries for policymakers with synthesized information on critical conclusions from the main Assessment or Special Reports.
As an example, the European Green New Deal announced by Ursula von der Leyen during COP25 in 2020 directly quotes the scientific findings of the IPCC 1.5°C report to substantiate the targets set, including a proposal to implement climate legislation to achieve climate neutrality by 2050. [4] More globally, the international texts of the United Nations Framework Convention on Climate Change (UNFCCC) are based on the results presented in the IPCC reports.

In this paper, we presented a brief historical perspective regarding the creation of the IPCC and provided a global picture of its main missions, consisting in the cartography of the current state of the art regarding the scientific knowledge on climate change and featured by a strong interdisciplinary dimension. This responsibility is overseen by three Working Groups and a Task Force on Greenhouse Gases Emissions. Finally, we described the general process for the production of the IPCC reports that are free and publicly available, with a highlight on the IPCC Sixth Assessment Report (AR6) whose publication is scheduled for 2022. The example of the international political impact of the IPCC reports with the case of the Green New Deal was also highlighted in this paper. The story is to be closely followed in the coming months with the inputs from AR6!

Stay up to date with what is new in our industry, learn more about the upcoming products and events. 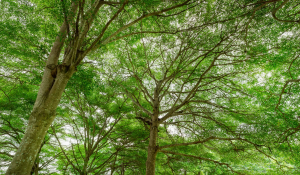 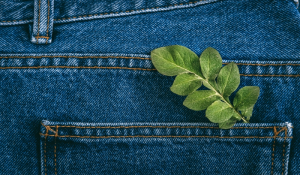 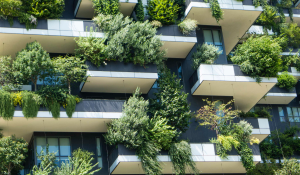